Well, here we are. About 10 years ago, today. My Tomb Raider experience began with my first steps into the Peruvian caves. From the start, I was hooked, the architecture, the atmosphere, and right from the beginning, you know you're not safe.

From the beginning, you are faced with darts, bats, wolves, and even a lone bear that will guard your path on the way to the Tomb of Qualopec. Eerie music accompanies you on your ventures,through different caves and chambers as you make your way to the City of Vilcabamba.

(Wolves attack in the Caves leading to The City of Vilcabamba)

Upon entering the City of Vilcabamba, you are greeted by a pack of wolves, and another, unfriendly bear, that will not hesitate to cause harm to our heroine. After a long trek through the village, collecting a key and a gold idol, you find yourself in the center of Vilcabamba where a small temple lies in wait, just for Lara to explore.


After making it through the two side rooms, you will head into the middle room and am greeted by new traps. Swinging blades, and a trapdoor. After finishing off another bear, you can use the idol you collected earlier, and enter the Lost Valley.

Next time I will talk about the next two levels and possibly have more information on the story of Tomb Raider, itself.
Stay Tuned, and thanks for reading!
Posted by John Bumpass at 2:33 PM 5 comments:

XNA Lara is a posing program developed by Dusan Pavileck at Tomb Raider Forums. For years now, people have used XNA Lara to make images for the entertainment of others, for promotional images for stories and levels. The program is easy to learn, and is a wonderful addition to the Tomb Raider World.

You use models, edited or extracted from Tomb Raider,but recently, people have been using programs such as, Maya, Blender, and 3DS Max to make original or remakes of models from other games, more commonly from Resident Evil.

My use of XNA Lara is, strictly for entertaining purposes. I enjoy making pictures for other Tomb Raider fans, and it always gives me a slight satisfaction, when I know that someone has liked something I had made with the program.

There is a download link for XNA Lara included on the front page of my blog, that will send you to the thread at Tomb Raider Forums. Just follow the installation instructions, and soon, I'll be posting a quick run down of how the program works.

How Tomb Raider Entered My Life 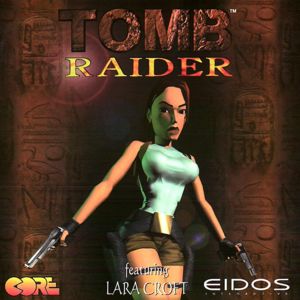 So... When I was about the age of five years old, I had just gotten a Sony Playstation.
I remember that I was going to Game Stop, to get some games for, but was it not fate, in a way, that only one stood out to me? It was a brown case, with a, brunette, woman holding a pair of dual pistols...
At that time, my parents didn't know much about how the game rating system worked... So they got it for me, and from the beginning, I was hooked... Like all other Tomb Raiders, I started out in Lara's Mansion, and from that point on, it was history.

I spent a full year playing that game, and by the time i found out there was more, I was already four games behind, about two years until the release of Angel of Darkness... So I did whatever I could to get my hands on anything Tomb Raider.

And by the time, Legend came out, I was playing it, almost non stop, every single day of the week. Now I am here, awaiting the release of the reboot of the series, writing some early stages of stories that I am going to work on in my free time, and beginning to share my Tomb Raider history.

In my next update, I am going to talk about my experience playing through Tomb Raider 1 accompanied with some screenshots, and some little tips and tricks innate found useful during gameplay.

Welcome to my Blog!
A lot of you don't know me, but I have been a Tomb Raider fan for years, and don't intend to drop that status any time soon. I was born and raised in California, where I have been excelling in school, and have been taking to hobbies such as singing, writing, and Level Editing with the Tomb Raider Level Editor.

My name is John Bumpass, but you can call me John or Tombraiderfreak. I have played every Tomb Raider. From Tomb Raider 1 to Lara Croft and the Guardian of Light, and know quite a bit about the series, being that I am about two months younger than the series itself.

The point of this blog is for me to talk about my tomb raider experiences, post my upcoming stories, and probably download links to any levels that may become available from me in the near future. So, enjoy and please let me know what you think, by commenting on my posts, and feel free to contact me via E-Mail.

Thanks for looking in,
John Bumpass/Tombraiderfreak
Posted by John Bumpass at 8:37 PM No comments: 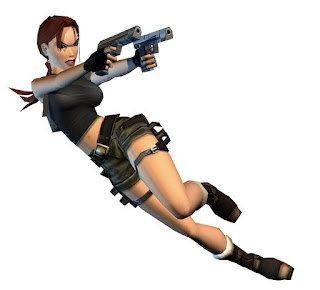 Followers of This Blog

John Bumpass
Lemoore, Calofornia, United States
I am fourteen years old... Have been a, hard core, Tomb Raider fan for almost 10 years now. Have written many stories in the last few years, but have not posted any... I am aspiring to be an author and/or game designer. Stories written: 7 Posted: 0 Released TRLE games: 1 WIPS: 1